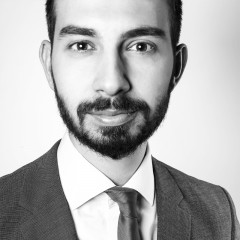 Ongoing debate about the Sharing Economy in Czechia

The Czech Chamber of Commerce held a panel discussion about the sharing economy. The government’s representative attended, which was a positive sign, but we have yet to see whether the Czech Republic will be more open to the new business models.

It seems that the general approach is optimistic and that Czechia may follow the recent recommendation by the European Commission to abandon unnecessary restrictions. Let’s hope that the government will specifically hear the Commission’s important message about intermediary businesses: “Platforms should not be subject to authorisations or licenses where they only act as intermediaries between consumers and those offering the actual service (e.g. transport or accommodation service).“

In other news, Uber is facing some opposition in the Czech Republic. Shortly before the Commission’s recommendation the Czech Ministry of Transport started considering a new law amendment which would make the intermediary platform responsible for the drivers’ licenses.  And recently the licensed taxi drivers and taxi companies joined forces and filed for a preliminary injunction requesting the ban of Uber due to alleged unfair commercial practices. The court rejected the petition based on procedural reasons, so the substantive questions remained unresolved.

As part of NOVALIA’s focus on legal advisory for businesses in innovative services and technology, we follow the developments and keep our fingers crossed for the open approach to the sharing economy to prevail.